Leading decision-makers along with other specialists in the field of procurement gathered in the ballroom of Hotel Kämp, Helsinki, on Wednesday the 13th of March, 2019. The procurement professionals were brought together to attend the Strategic Sourcing Forum, a brand new networking event organized by Cloudia.
The presentations covered a variety of subjects, while the sharing of best practices and pragmatic examples caught the attention of the audience. The roundtable talks included lively discussions about the main topics of the day. Experience the events by watching the following video and read the short summary of what happened during the event. 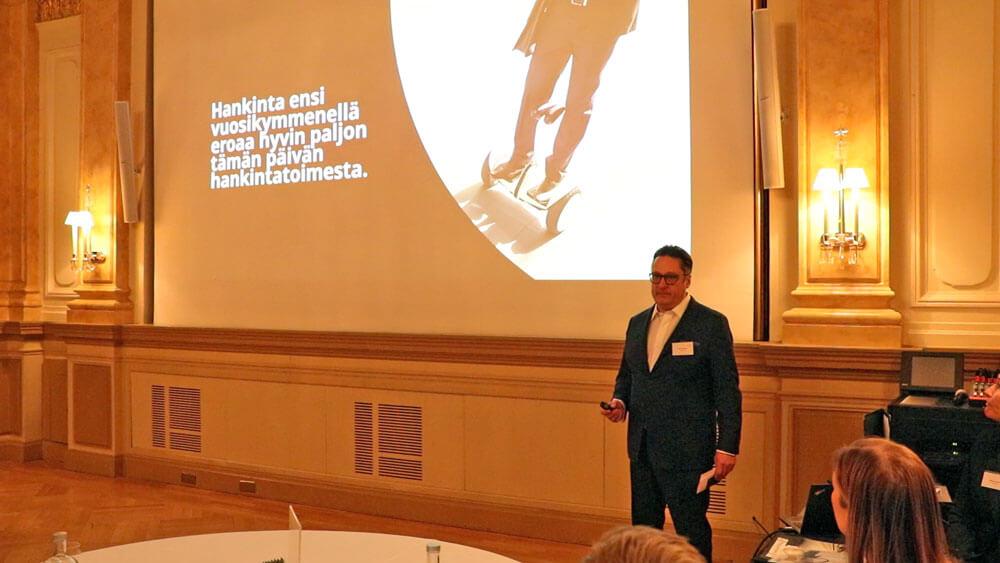 In his opening speech Are Saarinen, the CEO of Cloudia, gave some insights into the importance of digitalization in procurement. In Are’s view, digitalization can no longer be seen as an ‘IT project’, but we have now entered an era of permanent digitalization. In a digital world a digital strategy cannot be separated from the rest of the business. Instead a business strategy needs to be designed for the purposes of the digital world.

The digitalization of basic operations in procurement is the prerequisite for the deployment of future innovations. Are’s tips to succeeding in the digital world include, among other things, the simplification of processes, choosing partners carefully and demonstrating a willingness to adapt to an ever-changing operational environment. 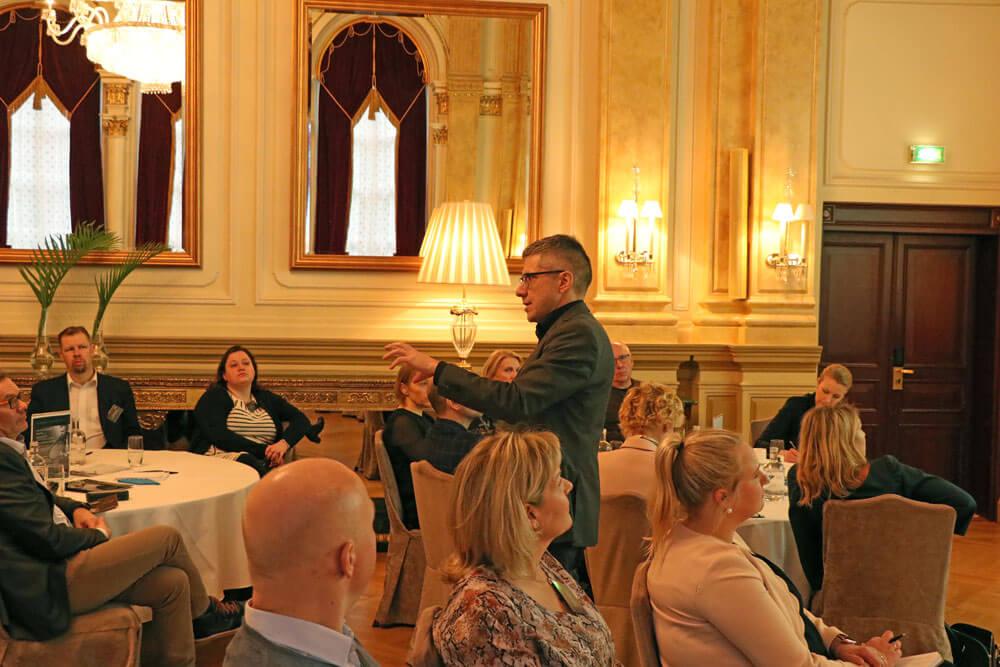 Next on stage was Antti Kojola, Business Development Director for Gartner. Antti’s presentation discussed the role of procurement over the next decade and raised some interesting points about combining artificial intelligence with automation. Additionally, Antti highlighted the fact that in future humans and machines will work together more closely. Humans will also utilize technology in order to operate faster and to increase their efficiency. 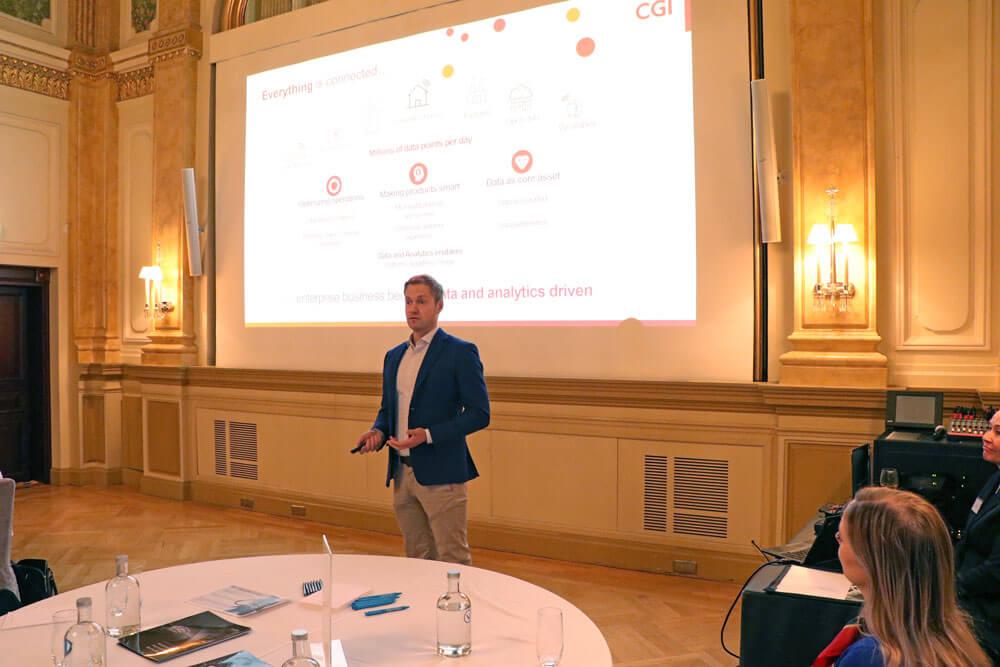 The third speaker of the morning session was the Director of Consulting Services at CGI, Ville Suvanto. His presentation included numerous practical examples of how data can be utilized by businesses and how new business opportunities can be created using data. Ville also spoke about the development of analytics, the differences between machine learning and robotics, as well as the effect that data has on decision-making and long-term predictions. He pointed out that expertise, technology and algorithms may be purchased, but the true challenge lies in changing the prevalent business culture. 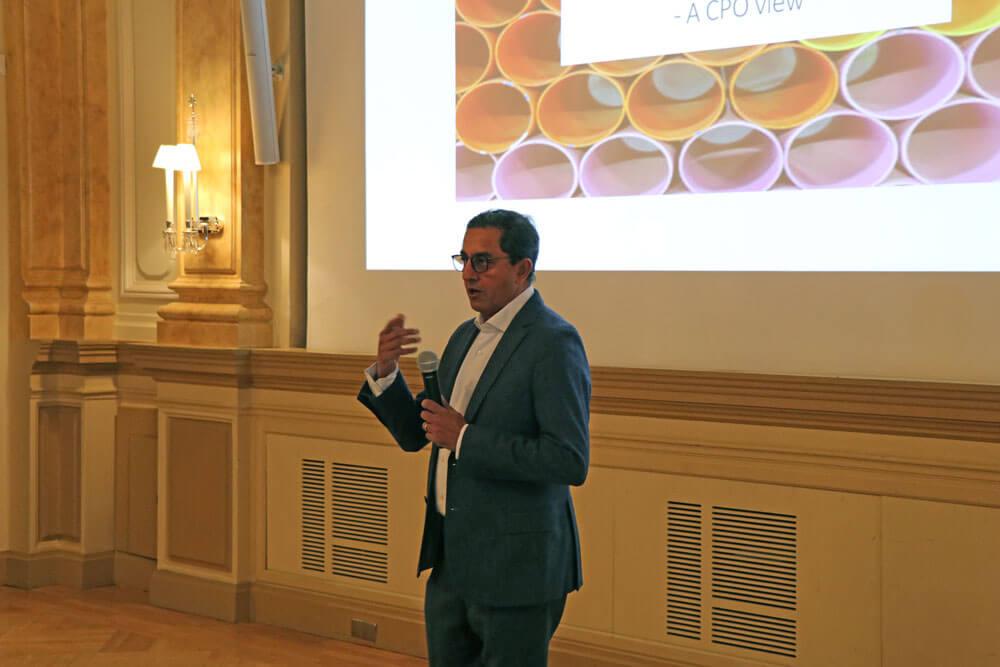 The floor was then taken up by Anand Seshadri, Senior Advisor at Sievo. Anand enlightened the audience by outlining some of the key factors to take into account when choosing a digital procurement system. According to Anand, procurement is generally seen as a cost center, meaning that it can often become under-resourced. Moreover, those in charge of procurement need to be able to convince the CEO of an organization that the procurement unit will bring more value to the business overall. This can be achieved by emphasizing brand value and competitive advantage over rivals, for instance. Anand also shared some insightful stories about the challenges faced and the experiences gained while working in the field of procurement across the globe for various multinational companies. 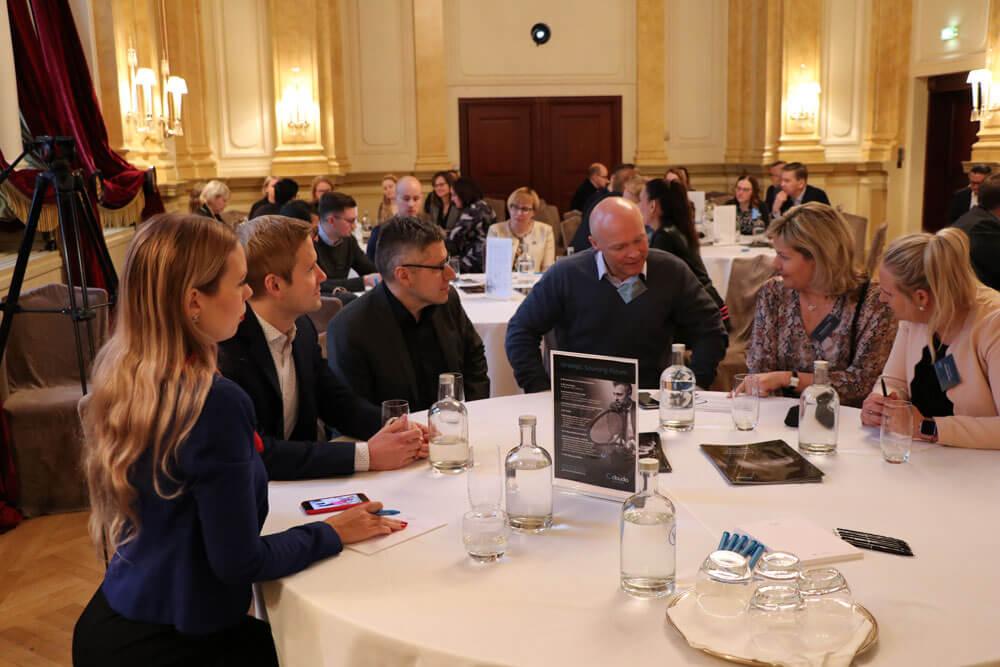 During the roundtable discussions the participants shared their thoughts on how the value of procurement is currently measured in different organizations and contemplated the major changes in the field of procurement over the next decade. The participants also exchanged experiences and ideas about whether the digitalization of procurement is better to implement holistically, or as a partial project and possibly through several suppliers. 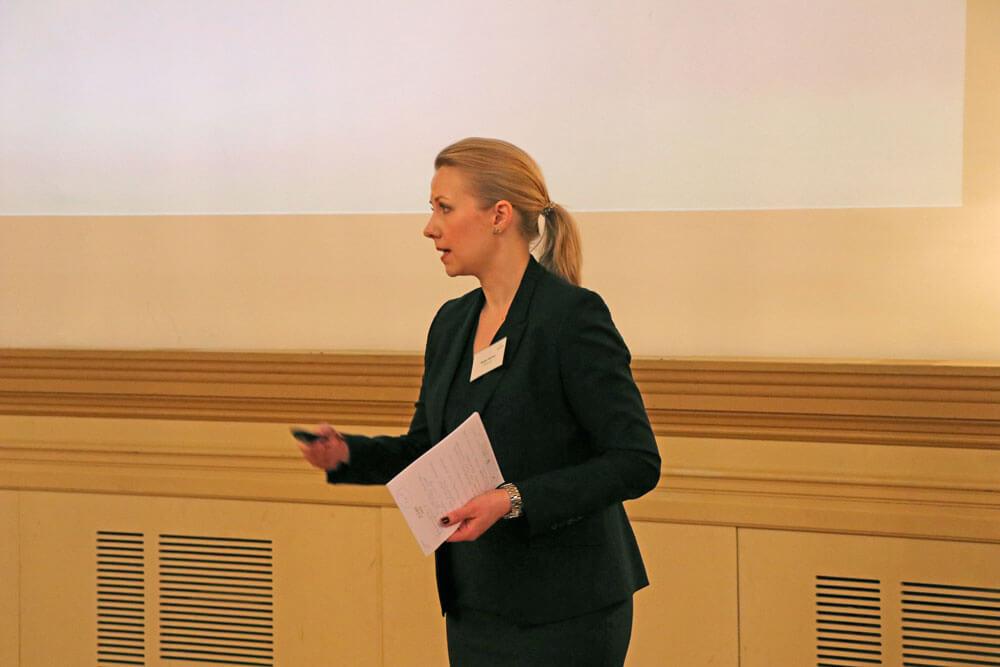 The closing statement was delivered by Maija Tanner, Sales & Consulting Services Director at Cloudia. Maija encouraged the participants to imagine a future where the central functions of procurement can be automatized almost entirely without human interference. In this vision systems are designed to propose subsequent courses of action, while the role of the human is simply to oversee the process.

We would like to express our thanks to everyone who participated in the Strategic Sourcing Forum. Thank you for a wonderful day and for your active input and insights during the discussions. We hope that you had a chance to network and that you left the event full of new ideas and inspiration!

Below are some more pictures that capture the spirit of the event. 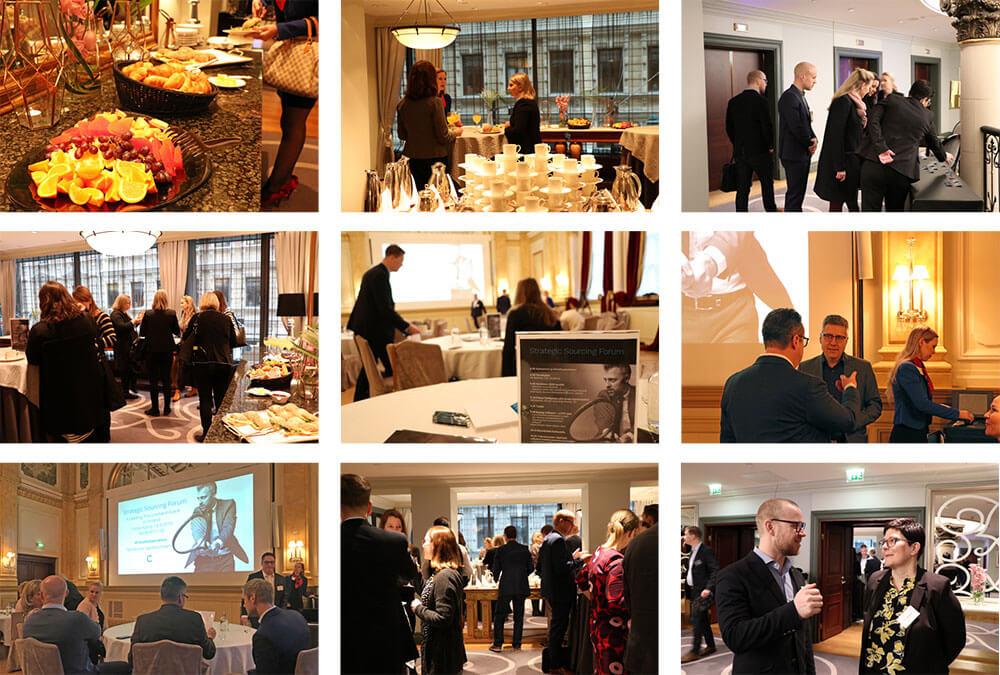 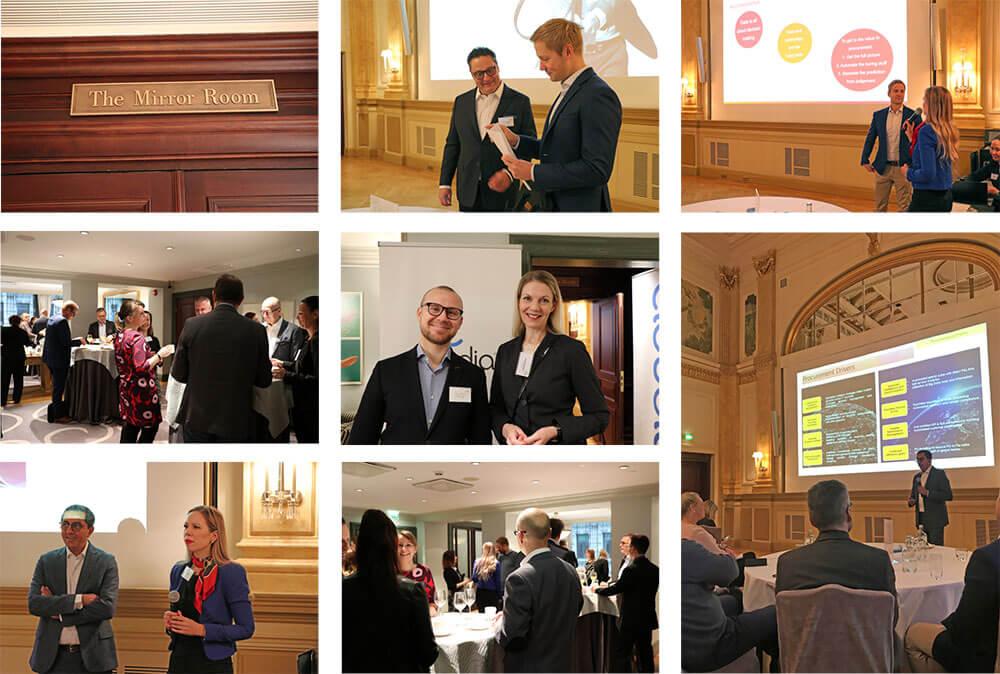 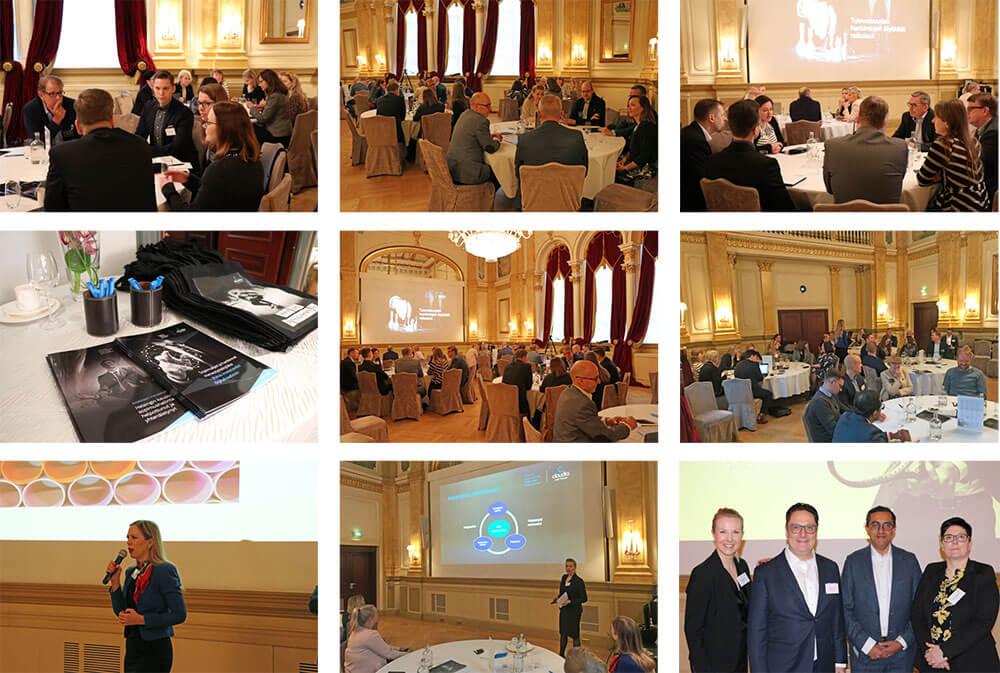 CPOstrategy magazine interviewed The Higher Colleges of Technology to discuss their partnership with Cloudia to accelerate digital procurement and transformation.…
Read more

Cloudia and Hansel, a central purchasing body for central and local governments in Finland, are further enhancing the digitalisation of…
Read more

Top 5 Barriers to Procurement Digitalization and How to Overcome Them

Procurement is one of the most challenging aspects of running a successful business. Fortunately, it’s one of the areas where…
Read more

There are many pressing questions related to digitalisation of procurement. We have compiled some answers below to the questions our…
Read more

Frequently asked questions about the digitalisation of procurement

Investing in a digital procurement system is on the to-do list at many companies. With new technologies revolutionising sourcing as…
Read more

In times of crisis what makes a CPO great?

Risk management in procurement – Why is it so critical and what does it mean for today’s CPO?

In times of crisis, outrunning risk means having a smart procurement system in place – and in today’s market, smart…
Read more

Art can imitate life but in UX art can also make life better!

Since I was a child, I’ve always liked visual arts, sketching and painting the people around me, but not cloning…
Read more